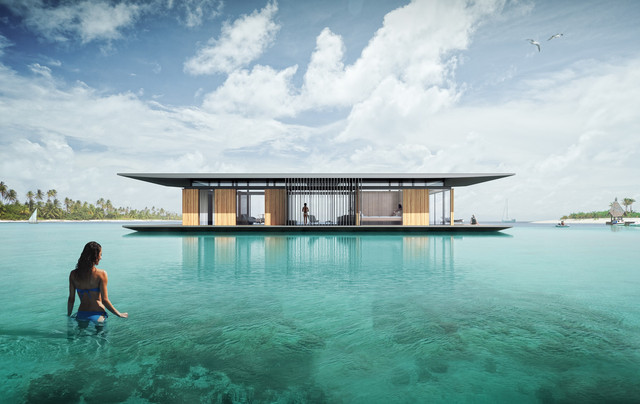 Is that a floating home? The simple meaning is the building element that stands on the surface of the water. The concept is divided into two types, namely a houseboat or a houseboat that can move on its own, and a floating house that resides in a location. According to Duane Newcomb in The Wonderful World of Houseboating (1974), houseboats are like caravans on land because they maximize small spaces while moving from one place to another. Whereas floating houses usually cannot move on their own and must be towed by other ships. With a bigger and more stable foundation, a floating house can have a construction like a house on the land. Also, the occupants of the house in this permanent location are usually a group of people formed into a community.

The floating house is indeed present as a residential option in other countries, as stated by AHY. However, the reason the government and developers build houses on the water is not merely to overcome flooding and avoid eviction. An example is Amsterdam, the Netherlands which built floating houses not only to overcome population density but also because of rising sea levels. Call it the 18,000 dwellings that are being built on Lake Ij — a district called Ijburg housing.

Other floating housing projects have emerged aimed at attracting diverse communities and resolving residential issues. In Finland, has received floating house construction projects since the company was formed in 2007. Some of his works are floating villages in the more luxurious Village and Villa . Britain itself is trying to build the first floating village in London, turning 15 hectares of water in the eastern part of the Emirates Airlines into a residence. While the floating housing development plan that uses solar energy in Edinburgh, Scotland was also conceived in 2014.

Bohemian Life and Reality on the Water

Ships modified to function as houses can be found in the waters of North America, Australia, Europe, and even Asia. The book Houseboats from Floating Places to Humble Dwellings (1979) says that houseboats in western countries used to be used for weekends, holidays or rent. But before this book was released, people who used houseboats to live their daily lives were already there. Navigating the waters of European cities such as Paris, London, and Amsterdam – wandering and living freely like bohemians in the 1960s and 1970s One of them is the couple Elisabeth and Hans Taseelar Schlager who had to settle in the houseboat when finding a place to stay on the mainland of the capital city of the Windmills is difficult. Also, Elisabeth likes her lifestyle because it is close to nature and freedom.

More than 30 years have passed, both of them regard the ship in the Da Costakade canal as a private island. Now they live with a child and two cats — one family on the water who don’t plan to settle on the land. Personal reasons can also influence a person to end up living in a floating home. Aside from living freely like a bohemian, a cheaper price than living on land is indeed a major factor. Call it Claira Watson Parr who has lived in a floating house since 2014 because of the high rent in London. Named Bobbie’s Girl, the shape is still like a ship but the interior has been changed to be inhabited every day and throughout the year. Before deciding to buy a ship, the woman who worked as an actress did research for 6 months; talk to friends, search for information on the internet, and see the vessels that fit.

In February of the same year, Forbes moved to one of these shabby floating houses while working in a restaurant. His home is surrounded by humidity, fuel residues from the stove, mold on the walls, and nails and bolts that can hurt him. Because it was dirty, wet, and exposed to cold air, he moved to another floating house that was cleaner and drier. Finally, he moved to a floating house for £ 280 or around Rp5.3 million with a height of 2.1 meters and a length of 2.8 meters. His neighbor who stayed at home for a long time said he liked living freely in the river. Minimum salary workers, heavy drinkers, drug users, people who party until the morning; everything is there. Two and a half months passed after security checks found six dangerous violations, Forbes finally left his floating home. 4 Reasons Why You Should Choose a Minimalist House 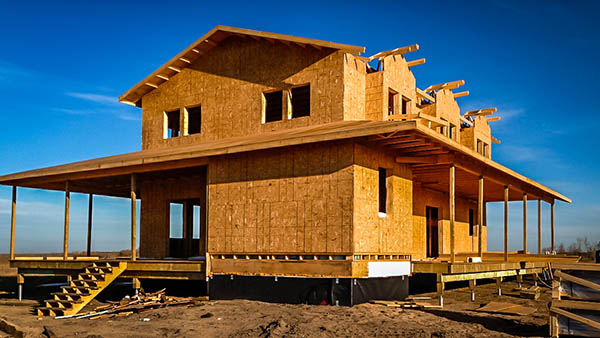 Materials and How to Make a Foundation

6 Benefits of a Home Foundation