8 Tips for Cleaning an Oily Kitchen After a Big Cook

The Importance of Home Renovation for Your Comfort of Life

7 Wall Decorations and Ornaments to Beautify Your Home

The Importance of Increasing Home Security with Smart CCTV 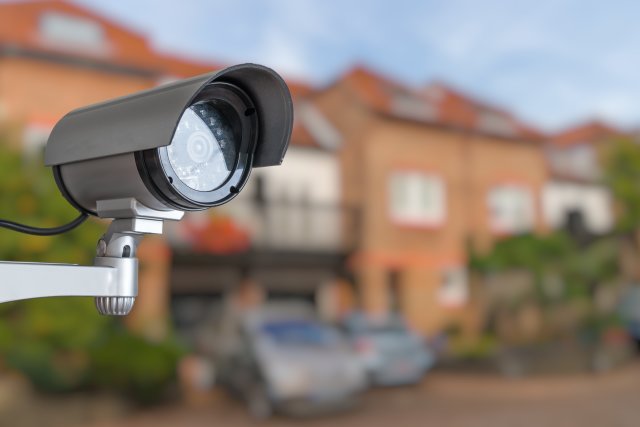 The pandemic era is often considered as an acceleration of digital transformation that quickly ‘conjures’ many things that were previously manual or offline to be connected online because of the role of the internet. These things also happen in our immediate environment such as a house that suddenly becomes more sophisticated.

The term smart home is certainly familiar, where the house we live in becomes ‘smart’ thanks to technology that is connected to the internet to provide security, comfort, and energy efficiency for its residents.

For example, now many people are watching smart TV with only voice control to enjoy their favorite shows. In addition to using voice control, devices such as smart TVs, washing machines, to CCTV cameras can also be controlled via the user’s smartphone thanks to an internet connection.

In other words, the role of the internet is very important so that these smart devices can ‘communicate’ with each other and connect, so that the concept of IoT or the Internet of Things is formed.

Well, one device that is identical to a smart home is CCTV. This device in the form of a camera is equipped with the ability to connect to WiFi, only with a smartphone application the user can control it remotely.

CCTV smart camera devices can greatly help residents of the house, both those who still have to leave the house in the midst of a pandemic and those who remain at home. But what is clear, the use of smart CCTV such as Smart Cameras can increase the security of the home environment just from the hand.

Make your home safer, stay close to your family while keeping your distance

Applying smart CCTV devices such as Smart Camera does not take long. The process is all practical, because all it takes is a smartphone and a WiFi connection. Through the Smart application, users can directly monitor what the camera sees in real-time.

The advantage of having an ergonomic and lightweight CCTV like a Smart Camera is that it is easy to place it anywhere without having to take up space. This Smart smart camera does not need complicated installation such as in the corner of the top wall, just place it on the table or the desired strategic location.

Then, when it comes to usability, Smart Camera has several features according to the needs of its users. In its application, Smart embeds record and screenshot features that users can use if they want to take screenshots or record activities. This feature can be useful as evidence if something goes wrong.

Regarding the record and screenshot features that can support security, Smart Camera can also detect movements that are considered suspicious. This feature can be found in the Smart application called ‘Motion Detection’ or motion detection.

Users can set a certain time range for this motion detection, if the camera catches any unusual movement, it will issue an alarm sound.

Switch to the camera control feature. provides a pan-tilt menu that allows the camera to move to the desired side up, down, left, right, all 360 degrees. This pan-tilt is present in the form of a button like a keypad on a cellphone screen.

Then there is also the Talk menu, its function is like a walkie-talkie so that users can talk from the cellphone mic to the Smart Camera speaker. This feature can support the communication of residents at home without having to meet in person while paying attention to the home environment.

Finally, the Zoom feature which consists of Zoom In and Zoom Out. This feature can help users to see more details or an object up close without having to move the camera or approach the object.

Overall, this Smart Camera is easy to use and can be a smart home support device that is worth considering because of its practicality and futuristic design according to the tastes of young people.