How to Apply Minimalist Style to Home

Tips to Consider before Adding a Floor to Home

How to Create a Pocket Friendly Smart Home

Things to Consider Before Buying a Smart Lock Door The designs and architectural styles of each country in the world are indeed different, all of which have their own characteristics and uniqueness, including American-style home architectural designs.

American-style home designs are indeed quite popular in the community, many people apply this architectural style because it is considered quite simple, but still attractive to the eye.

In fact, when compared to European and Japanese architectural styles – which are no less popular, American style houses are considered timeless enough that they are suitable for use anytime and for a long time.

So, are you interested in juggling your home like the average American house? If so, consider the following American style house architectural ideas. This is because the style of the house emerged as a result of the arts and crafts movement in the early 1900s in America. This style is thick with handicraft elements, such as wood, stone, and brick.

In addition, this house is usually built on two levels, has a front porch, a low roof, and double windows hanging from the top panel and one large panel at the bottom.

Cape Cod is a fairly popular American style house, as well as one of the most historic developments in the American architectural style. The reason is, this style has existed since the 17th century ago.

At first, this style was brought and popularized by British people in America. The house’s hallmark features a steep roof, a central chimney, and windows that frame the front door. 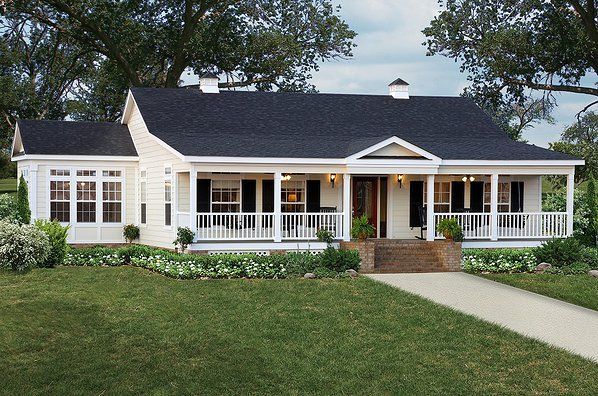 If you like watching Hollywood movies, of course the ranch house or ranch style is no stranger to you. This American style house is very popular and quite attractive to many people.

Especially in the 1940-1980s, ranch dominated residential designs in the southern and western parts of America. These homes usually have open plans, a large front garage, glass doors, and a low roofline.

No less historic than the others, the “Queen Anne” American style house is a residential architectural design that was widely used by Americans after the Civil War.

The design of this one house is indeed quite unique, Queen Anne houses are usually quite bright, asymmetrical in shape, and have a roof that looks like a fortress or castle.